The annual Gathering of Eagles was held on Friday, 2/20/2015 at the Sheraton Hotel in Lisle.  This annual event honors all Scouts from Three Fires Council  who earned their Eagle rank in 2014.  In 2014, there were 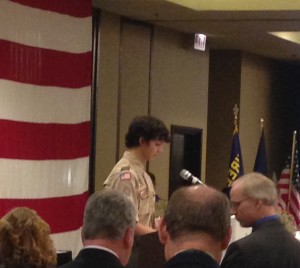 All Eagles in attendance were recognized at this event.  There were 2 Eagles at the banquet who earned their Eagle rank prior to 1935 – with the oldest having earned his Eagle rank in 1931!  Once an Eagle, ALWAYS an Eagle!

Marc was selected from an number of audtioned Scouts to deliver the invocation.

All Eagles in attendance crossed the stage to introduce themselve and their units. 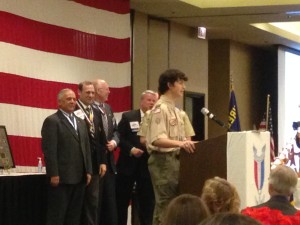 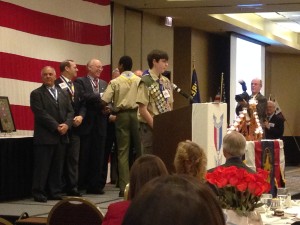 Denny Wowra, former Scoutmaster from Troop 889 and dedicated Scouter for over 37 years was honored to have the 2014 Eagle Class named in his honor. 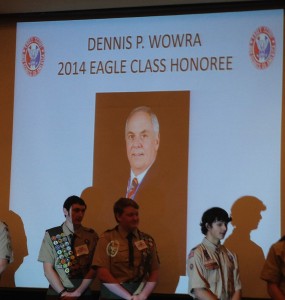 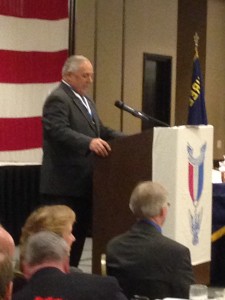 Congratulations to the Class of 2014 Eagles and to Denny Wowra!